Guest Post: How To Plan A Project - My Light-bulb Moment

At some point in your life you will have had what people describe as a “light-bulb” moment.  That point where darkness is suddenly replaced with blinding illumination and where everything is revealed, removing doubt, providing insights and boosting belief.

There is another way of thinking of the light-bulb moment that is familiar to anyone who has seen an ”A-List” celebrity walk down along a red carpet.  It’s the popping of not one, but hundreds of flashes all going off within seconds of each other as the paparazzi lean in to take that perfect shot that they rely on to earn a living, and, if they are lucky, make a fortune for years to come.

The effect is so dazzling that it can cause a physical response even for those who were not there at the time.  Watch the new coverage of a scene like this and you will often be warned beforehand that the video contains flashing lights. However, the true impact of the light-bulb moment comes when the scene illuminated by the flashbulb is frozen forever in that blinding light, every detail lit up and perfectly exposed so that future generations can see through the photographer’s eyes.

I can’t say that I have ever had been photographed by the paparazzi.  At least not to my knowledge.  But I can tell you that I have felt the physical sensation of dozens of light-bulbs going off all at once, leaving me feeling dizzy with delight and boosting my belief that, without a doubt I had found a solution to a long-term problem.

Picture the scene: A hotel conference room set out cabaret style, with 20 large round tables set some way away from the main stage.  Around one of those tables there were ten people, drawn from different parts of the project management community.  I was one of them.

We were there for a workshop on facilitating project kickoff workshops.  The company that I was working with had recognised that too many projects were starting off without a clear plan of action and wanted to ensure that all project in future had a kick-off meeting.

Phil, the workshop leader, had started to talk about a couple of approaches to planning as a team.  I waited for the inevitable mention of planning using sticky notes.  I wasn't wrong, but I was disappointed.

I’d long since lost faith in planning using sticky notes. I knew that it had its fans, but it also came with several major drawbacks including lack of consistency, an over-reliance on subject matter experts and a tendency to overlook the planning for quality assurance and good governance.  In my view it was good, but not good enough.

My own preference was for a product-based planning approach.  At that time I had had some success in using a RACI matrix to drive the planning of new projects as this overcome some of the shortcomings of planning with sticky notes.  However using the RACI matrix didn’t deal with one key problem; that of having to rely on subject matter experts.  It also added a new problem; that of having to hold multiple workshops or reviews to get through the long list of possible products in order to agree those needed for a given project.  In today’s fast-moving working environment the idea of having several workshops was a no-no, even though developing through iteration was the ideal.

I was only really half-listening when Phil moved on from the discussion about planning with sticky notes to talk about another method for collaborative planning, this time using Index Cards.

Phil took us over to a table with about 30-40 index cards of different colours, folded in half and set out in neat rows, like tents in a field.  Phil described the approach as an alternative to putting notes on the wall and left it at that.  However it set off a whole series of thoughts, insights and ideas that were a physical shock.  This was my light-bulb moment.  Not the “single light going on” type.  No, this was the full “riot of flashbulbs popping” variety:

The ideas just kept on coming and my mind lit up as I saw how powerful a process this could become. I scribbled down the formula for how to plan a project exactly as I saw it take shape in my mind: it was something simple, collaborative and easy to replicate time and time again.

Here’s the image that was burned into my brain, the formula for planning workshops that I still use to this day:


Two days later I held my first workshop using the new formula.  The outcome was not just a success; it went exactly as I saw it in that first flash of inspiration.  I still use that formula today and it still inspires me.  It can inspire you too. 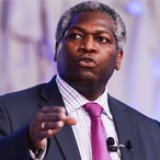 Bryan Barrow is a widely recognized Project Risk Management consultant and Speaker, and the founder of Nova Consulting Ltd in the UK. Over the past twenty years has worked with Project Management Offices, Project Directors and both public and private sector organisations , helping them to improve project planning and rescue troubled projects. He also provides coaching and mentoring to help develop the skills of the next generation of project leaders.

Barrow is the author of Index Card Planning and The Project Planning Workshop Handbook. He publishes his subscription-only newsletter Project Leadership Tips every month. Subscribe at bryanbarrow.com