Dis-Orientation: The importance of Project Vision

One of the most important things you will do as a leader or Project Manager is to communicate a compelling vision to your team or organization. It not only sets the direction for the team and the project, it also begins to pull a group of individuals into a cohesive unit - and eventually, if all goes well, into a high-performing team.

Without vision, all is lost - or has the potential to be, unless you bring things back on track. This not only applies to your projects, it applies to "real life" too, as I learned first-hand many years ago... 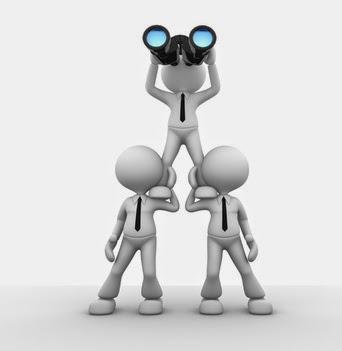 Up to the Snow

In 1992, I went skiing with a work colleague and his wife on Mt Ruapehu, a large volcano in the center of the North Island of New Zealand. I had been once before, but this was their first time on the mountain. It was a brilliant, sunny winter day - clear and crisp, and you could see all the way to the west coast from the Turoa ski lodge. The sky was a deep, intense blue you can only get with pollution-free air.

When you drive up to the ski lodge there is a sign for a pullout about half way. No matter the apparent winter conditions, you have to stop and put chains on your car tires before driving any further. The altitude near the peak is high enough to support a permanent ice cap all year round, and the winter roads are often slick with black ice when they are not covered in snow.

One interesting fact about skiiing on a Volcano: When you line up to buy your lift tickets and rent ski gear, there are signs all around telling you that they can give you a 30 minute warning in the event of a volcanic event. If an event does happen, you are supposed to stay on the ridges, and not try to ski out down the gullies. Makes a lot of sense, really - water, mud or lava will flow down the low points in the gullies first.

It was not an idle warning - when I was there in 1992, there was a large hot water crater lake, surrounded by ice. A small 'burp' from the volcano could make the lake level rise, melt the ice and cause a mud flow called a Lahar. In 1953, the crater lake level rose in the middle of the night and caused a massive Lahar down the eastern side of the mountain, through the Whakapapa ski field. It wiped out a ski chalet and a railway bridge near Tangiwai, minutes before a passenger train dove into the chasm, killing 151 people. It was the worst railway disaster in New Zealand history.

Note: The large hot water lake in the crater is smaller than it used to be; in 1995 and again in 1996 a series of eruptions reshaped the top of the mountain. The eruptions started September 25, 1995 - near the end of the ski season. People were still skiing while it vented ash. Things quietened down through the summer, and the ski fields were preparing to open for the season when another eruption cycle started on June 17, 1996. There have been other minor eruptions (2006) and a lahar (2007) since then.

Duly warned, we put on our skis and made our way over to the ski lift. I took off my prescription glasses and put them away in my small backpack. I pulled out a pair of regular polarized sunglasses with a sport strap and slipped them on. I could not see as clearly, but I had skied that way before - things were a bit fuzzy but I could see shapes well enough to stay on the trail and avoid running into things at least. With the strong NZ sunlight, I needed to protect my eyes from the harsh UV rays and snow glare more than I needed sharp vision.

I quickly learned that skiing on Ruapehu was different than every other mountain I had skied on before. The first, obvious difference was the lack of trees - Ruapehu only had rocks poking out of the snow here and there, otherwise everything was white. It made it a lot harder to see where the runs were - a lot of the time, you had to rely on simply following the tracks made by other skiers. There were no clear edges to any of the runs - unless you counted the occasional cliffs and drop-offs, which were still white-on-white. Fortunately, it was fairly easy to follow the tracks of the other skiers. With my polarized sunglasses, I could clearly see the sharp edges of white and shadow in the snow, even with my blurred vision.

The three of us skied together the whole time - but as they were more experienced, they were often waiting for me at the bottom of each run. At around 3pm we paused near the top of one run to admire the clear, perfect view of Mt Taranaki - a classic volcanic cone, far away on the west coast. Looking to the left, we could see some cloud approaching from the south, getting close to the mountain. We were getting tired and hungry anyway, so we decided to call it a day and head back down to the ski lodge. The runs were already emptying out - and as slow as I was, no one had passed me in a while. For long stretches of time, the only people I could see were my friends up in front.

As we descended, the cloud enveloped the mountain. It was not a thick cloud, more like a dense fog - there was still plenty of light coming through it from above. That, however, was the problem - everything was now a brilliant, diffuse white, and because of the fog you could not see anyone or anything beyond about 10 metres. We slowed down so that we would not suddenly come across any large rocks (or cliffs) at speed, but the visibility rapidly deteriorated.

My colleague and his wife seemed to be OK up in front, but I was having increasing difficulty in seeing where I was going - I could only see where to go by following their dark shapes ahead of me. The faint outlines of the ski tracks in the snow had long since disappeared in the white glow, with no shadows remaining. Only the occasional black rock here and there reassured me the outer edge of the run was still on my right.

At one point I took off my sunglasses because I thought I could see just a hint of shadow, or difference in the snow without them - with my astigmatism it was still a blur, but it was the best I could manage. I couldn't stop to get my prescription glasses out of my bag - my colleague and his wife were getting ahead of me. By now we were very worried about getting down to the lodge. The glasses probably wouldn't have helped much anyway.

We continued to ski like that down the hill with them leading, just ahead, but they got faster and faster as they got more nervous. I was struggling to keep up - and to see. At one point the pair completely disappeared into the fog, so I sped up even more to catch up. I suddenly felt very alone, vulnerable and disoriented.

A moment later, I was airborne - white all around, above and below me, with no sense of movement. I was not even sure I was still upright.

There are many books and countless articles about leadership, and nearly as many about the importance of setting a vision for your team. Vision is not only about having goals - although setting goals is an essential part about getting things done. Vision is much more than that - a well-communicated vision generates emotion and passion within the team. It creates a common identity, a strong sense of purpose and direction. With good leadership, a compelling vision and a skilled, engaged team working together, there are practically no limits to what you can accomplish together.

The most powerful thing a team can buy into is Purpose - why we are doing this project, who it will help, and how we can make a difference. When people understand, accept and embody these themes, they will commit themselves wholeheartedly to the common vision - be it a short-term project, or the long-term future of your company.


The opposite to this is also true - if you do not have a compelling vision driving you, pulling you, pushing you onwards, you are likely to have a team busy spinning their wheels and accomplishing nothing. Sure - they may look busy, they may even produce mountains of paperwork as proof-of-life, but if they are not pulling in the same direction, you will soon find out you are going nowhere.


After a brief eternity, I landed skis-first on firm snow and promptly fell over. I was at the bottom of a curved gulley, used as a natural half-pipe for snowboarders. A few of them were doing their last runs of the day and whooshed on by me.

My colleague and his wife were standing at the side of the gully waiting for me, and came over to help me up. They had seen the lip of the gulley and had skied gently down the side. In my haste and blurred vision, I had not seen the edge at all, and flew nearly 3 metres out and 3 metres down to land on packed snow in the middle of the gully - shaken, embarrassed, but not hurt. We skied the rest of the way out without incident - we were now below the main cloud level, and we could see our way a more and more clearly with thicker cloud above and improved contrast.

Having clear vision - both in the literal sense, and on your projects - is  essential to success. Whether your goal is to simply get down off a mountain, or to deliver a complex multimillion dollar project on time and meet your stakeholder's needs, you simply can't do without it.

And sometimes Vision, or the lack of it, can literally mean life-or-death.


Wait a minute, you say - aren't you overdoing it, just a bit? I mean how hard can it be to find your way back down to the ski lodge?

The dazzling white cloud that made it so hard for us to see was actually the leading edge of a storm that lasted for two days. We only had our clothes, skis and small packs with water and snacks - we were not prepared to bivouac in the snow. It would have been all too easy for us to get off the trail, and miss the ski lodge completely.

Two years earlier, on August 13, 1990, a group of 13 soldiers and Naval ratings on a winter survival course were not so lucky. They were caught in an intense blizzard with high winds and zero visibility, but were not prepared for it. They had become disoriented near the summit, and dug snow caves for shelter while two men went for help. Rescuers found them three days later, huddled in the snow and suffering from exposure. Six frozen bodies were found only 150 metres from the Dome Hut, where they could have taken shelter and survived - if only they could have seen it.

Good luck with your projects, dress warm - and never forget the importance of a clear and compelling Vision. 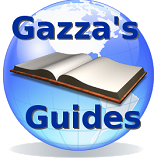